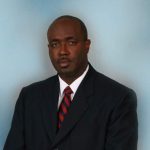 Mr. Gary Allen is a career media worker who is at present the Managing Director of the RJR Communications Group in Jamaica. The group is comprised of three radio stations, a free to air television station, three cable stations and a new media company. 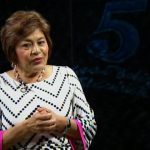 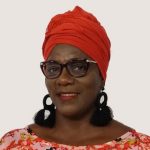 Emiliana Bernard Stephenson is an outstanding Journalist of the region of San Andres Providence and St. Ketlina Islands. She is the present executive director of the TV Channel of the archipelago of San Andres and Providence Island, TELEISLAS. She graduated in Communications with post graduate studies in Public Administration and Finance and a Masters Degree in Caribbean Studies with the National Colombian University. 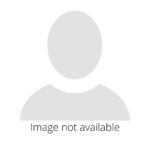 Mrs. Kayleaser Deveaux-Isaacs (nee Moss), is the Chief Operating Officer of The Broadcasting Corporation of The Bahamas (aka ZNS) with nearly 20 years of broadcasting experience. She completed her Associates, Bachelor’s and Master’s Degrees while in New York City and obtained a Diploma from Oxford University, England. Before joining The Broadcasting Corporation of The Bahamas in 2007, she worked at Fox News Channel (FNC) in New York City and Washington, DC where she produced many live and taped television and radio programmes for Fox News Channel and Fox Broadcast Network, including the Fox Broadcast hit television show, American Idol (Season I). In 2004, Fox News Channel CEO, Roger Ailes chose Kayleaser to receive the inaugural Ailes Apprentice Award, created for rising stars at Fox News Channel, New York. In December 2012, she led The Broadcasting Corporation of The Bahamas’ launch team of the revolutionary High Definition (HD) Television System and has created several ground breaking News & Current Affairs programmes. In November, 2018 she was confirmed to the office of General Manager.

Keith Campbell, B.A., M.A. began his broadcasting career as president of the Television and Radio club of his alma mater, St. Elizabeth Technical High School (STETHS), in Santa Cruz, St. Elizabeth. As a consequence of his intense involvement in this unique extra-curricular activity, Mr. Campbell, upon graduation was recruited to join the staff of the now defunct Jamaica Broadcasting Corporation (JBC). Initially trained as a studio cameraman, Mr. Campbell was later transferred to the film department as Cinematographer and Audio Technician He holds a Diploma (Hons.) from the Germain School of Film and Television in New York, USA; a Diploma in Advanced Studies in Film and Television from the Fenders Ferris Institute in Berlin, Germany; a Bachelor of Arts Degree in Radio, Television and Film, along with a Masters Degree in Political Science, majoring in International Relations from Temple University. 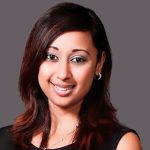 Sushilla Jadoonanan is an Attorney-at-law, practising in Trinidad and Tobago. She is the Manager of Legal Affairs for DIRECTV Caribbean and handles all the legal and regulatory issues. A significant part of her portfolio is devoted to Anti-Piracy efforts and Intellectual Property Rights enforcement. She has been practising law for over 10 years and also has an affinity for Sports Law where she serves as General Secretary of the Trinidad and Tobago Association for Sport and Law and also as a member of the Disciplinary Committee of the Trinidad and Tobago Football Association.