The Caribbean Broadcasting Union (CBU) is pleased to announce the inauguration of its Digital Radio webinar series with the Digital Radio Mondiale (DRM) webinar.

While the emphasis has been placed so far on the transition from analogue to digital television, digital audio broadcasting is now coming into focus with broadcasters and manufacturers offering solutions for digital radio.

The two open standards are Digital Radio Mondiale (DRM) and Digital Audio Broadcast (DAB/DAB+).  Both the DRM Consortium and WorldDAB have partnered with the Union at its Annual Assemblies in Havana in 2016 and in Nassau in 2017 to share with CBU radio members the options and benefits of digital radio and the best ways to transition to the digital age in radio.

CBU will be expanding the opportunity for members of the Union to learn more about the two standards with a series of webinars that gets underway in March 2018 with the DRM webinar.  The WorldDAB introductory event is scheduled for April 12.  The series is supported by the CARICOM Secretariat which will be represented by the head of the ICT4D Unit, Ms Jennifer Britton. 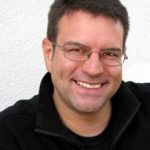 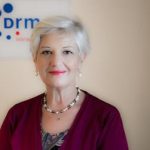 The event will focus on why digital radio can be a better option than analogue for listeners and for the industry.  Business models for digital radio operations in small markets and opportunities for training of staff will also be touched upon.

Interested CBU members are invited to contact the Secretariat at info@caribroadcastunion.org to register no later than midday (Eastern Caribbean time) on Friday, March 16, 2018.

About the CBU
The CBU is a grouping of more than forty (40) media entities located in twenty-four (24) countries and territories in the Dutch, English, French and Spanish-speaking Caribbean.  The Union’s mandate includes facilitating indigenous programme production and sharing; capacity-building of media institutions and professionals; joint negotiation of rights for programming; and advocacy in regional and international forums on policy and technology issues.

About DRM
Digital Radio Mondiale™ (DRM) is the universal, openly standardised digital broadcasting system for all broadcasting frequencies, able to cover fully any country whatever its size at much reduced energy costs.

The DRM standard comprises two major configurations: one intended for broadcasts on short, medium and long wave up to 30 MHz providing medium to large coverage areas and low power consumption (called ‘DRM30’); and the configuration for the VHF bands above 30 MHz is called ‘DRM+’, tailored for local and regional coverage with broadcaster-controlled transmissions.