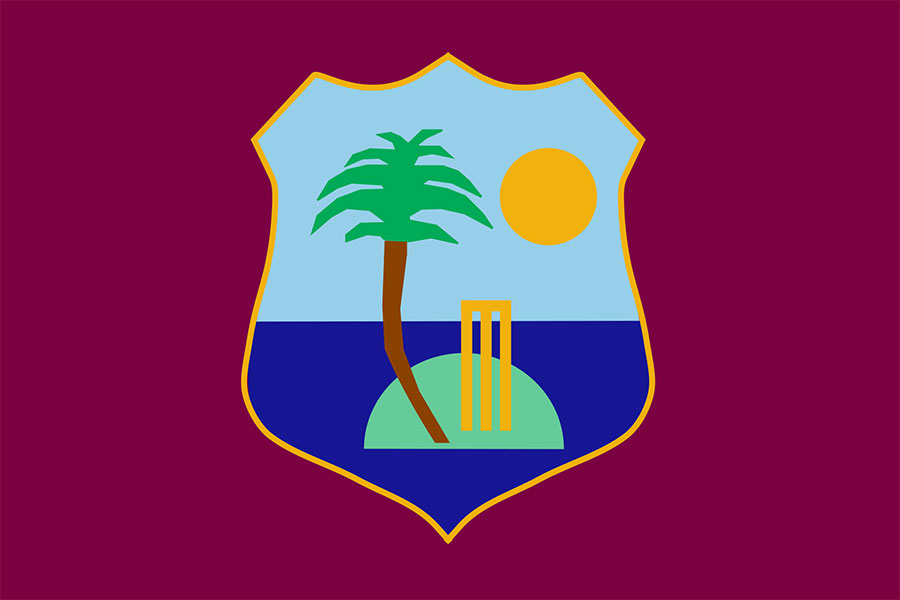 I wish to convey my own sincere gratitude, along with that of the West Indies Cricket Board at your gracious invitation to join you at this marquee event of the Caribbean Broadcasting Union. At a recent CBU event which was held in Antigua where the WICB is headquartered, it occurred to us then, given the synergies which exist between West Indies cricket and Caribbean broadcasting that there should be a more collaborative involvement between the two sectors.

As you know, some years ago the WICB recognized the critical importance of media in the business of cricket and offered an invitation to have the media fraternity be represented as a special member of the Board. We are pleased that the invitation was accepted and representation at each opportunity since has been dutiful.

I am particularly pleased to not only join you for this meeting but to be given the opportunity to present to you. I intend to use the time to share with you our vision for cricket, our strategic goals and objectives, our challenges and concerns and importantly to listen to your views on the way we manage and develop the game along with how you can assist us through strategic and mutually beneficial partnerships.

The West Indies Cricket Board’s mission is to manage, develop and promote cricket to the benefit and enjoyment of the West Indian people and the world.

Our strategic objectives include:

I come to you here in Suriname having just witnessed the final of the Caribbean Premier League in St Kitts. I believe we can agree that the tournament has since its inception last year, given a fillip to West Indies cricket. We have seen consistently large crowds and the interest which had always simmered just below the surface has bubbled over. West Indies cricket as it stands now may not be as strong a force as it once was, the palpable interest in the games and the team which we once knew has, admittedly dissipated somewhat.

We have had bouts of resurgence. In 2003 we effected the largest fourth innings run chase to defeat the then mighty Australia at the famed Antigua Recreation Ground. Earlier in that series Shivnarine Chanderpaul scored the thrid fastest century in Test cricket.

The year following, at the very venue, our champion batsman Brian Lara reclaimed his world record for the most runs in a Test inning. A few months later the team won the ICC Champions Trophy in dramatic fashion.

In 2006 the team reached the final of another ICC Champions Trophy.

In 2007 we hosted the ICC Cricket World Cup.

Between 2006 and 2008 we had the intervention of the Stanford Twenty20 tournament which allowed for a greater level of professionalism in the sport.

In 2010 we hosted the third edition of the ICC World Twenty20.

In 2012 the team lifted the fourth edition of the ICC World Twenty20. To see the West Indies team lift the trophy and dance in joyous celebration brought pride and honour to the region and evoked memories of 1975, 1979 and ours years of domination of Test cricket in the 1980s and early 1990s.

In recent years there has been positive movement on the ICC rankings for Test cricket but this has been hampered by inconsistency. Meanwhile in women’s cricket, the West Indies Women’s team continue to climb and be a major force to be reckoned with.

What we are most excited about at this stage though is the move to truly professionalize West Indies First Class cricket. The WICB is about to conclude arrangements to launch six professional cricket franchises throughout the Caribbean – with one being based in each of our six territories. These franchises will have a squad of players who will train on a day to day basis, they will practice, eat, breathe and sleep cricket 24/7.

They will have the services of the best coaches and some of the legends of our game, they will work on developing and refining their skills in every facet of the game, they will do community and coaching work to help build the game at the grassroots level. Most importantly they will, we envision, lift the standard of regional First Class cricket, which in turn will heighten the quality of cricket our players execute on the international stage when they don West Indies colours.

The process will have a knock on effect.

While the CPL will continue to hold its place of pride in regional cricket and excite fans, the professional franchises is where these players who play for the West Indies, in the CPL and in our First Class tournaments will be drilled, groomed and honed into the entertaining high quality performers we all agreed they are capable of.

Specifically with regard to the regional First Class cricket we see emerging opportunities for partnerships with the media fraternity, particularly radio and television production and broadcasting.

Before I delve into specific areas it may be worthwhile to refresh your memories on how live television broadcast of cricket came into being. Indeed some of you in this room would have been involved with the process from the very conception.

Live television broadcast of cricket in the region – commenced in 1989 with TWI and has continued annually since.

Through knowledge sharing there has been massive development of skills and capacity, particularly in the areas of camera operation and audio engineering to a point where several of these professionals who were trained during international broadcast in the region now routinely provide their services around the globe, including in the Indian Premier League.

The initiation of this process owes a debt of gratitude to former CBU Secretary General, the recently passed Terrence Ormonde Holder of Guyana. He and his team at CBU were instrumental in producing the first television broadcast of cricket from the region and insisting on international standards such that there would be no hesitation by global broadcasters in acquiring and distributing the product.

We are proud that today, West Indies cricket affords the region several hundred hours annually of live exposure on international television. This continues to be unparalleled in terms of direct promotion of the region. In each broadcast there is a built in package of promotion of the destination in which the broadcasters are broadcasting from. This is at no cost to the country, the taxpayers or the fans.

There is some perpetuated misinformation about television and radio broadcast rights with regard to cricket.

I will share some facts with you so as to help to allow for a clearer understanding.

The WICB owns the television and radio broadcast rights when the West Indies team plays in the Caribbean.

Let me pause immediately to provide some background and explanation as I know many of your minds have already asked “why TAJ TV? Why not CMC or SportsMax”?

The answer is a very simple one. The most significant revenue stream for the WICB is media rights – that is the rights for television broadcast specifically.

The WICB simply cannot afford to ignore the offers from the international television companies. What we have been insistent on though is that these contracts carve out that the production must be provided to regional stations so that West Indies cricket can be shown to all West Indian people throughout the region.

Regrettably despite best efforts a similar arrangement could not be achieved for radio. TAJ TV has sold rights for the Caribbean to TBC of Trinidad and Tobago.

The WICB, on average, through the live production of international cricket in the region, showcases our region for approximately 280 hours each year. And for those of you in television who prefer to measure these things by minutes that would be a mammoth 16,800 minutes annually and that is to a reach of a global audience with certain showings in India and other Asian countries, England, the United States of America, Canada and depending on the opposing team in Australia, New Zealand, South Africa, Ireland, Scotland and further afield.

I need not point out the obvious correlation and benefit to the tourism sector save to say that next year when England visits the region for three Test matches in Antigua, Grenada and Barbados we expect in excess of 15,000 visiting fans coming to the region and if we use the common factor of 1500 United States dollars per tourist we are speaking of a direct injection of over US$22,500,000 in the regional economies, admittedly the majority of that going to the three host territories.

This in and of itself is beyond economic measure in terms of the exposure the regions and the individual countries receive. Still there are numerous opportunities which still exist for further exposure by carving out areas for targeted subtle marketing and promotions.

The other popular misnomer is that WICB owns the broadcast rights for when the West Indies team plays outside of the region. It does not. These rights are held by the hosts of those series and in the case of the World Cup and World T20, it is the ICC who owns those broadcast rights.

The WICB is extremely proud of being able to carve out an agreement which provide the television production for the region. The intention is to ensure that this happens with the radio broadcast rights in the future but there can be no guarantees and the process will be difficult and complex.

The WICB is aware of CBU and member stations concerns about the cost of rights for international cricket and for the World Cup and World T20. We continue to make representation to our parent body – the International Cricket Council – on these matters but with the global economic landscape skewed as it is, the perennial challenge we face in terms of global negotiations as experienced with WHO and EPA, does not allow for significant negotiating leverage.

While the rights for international cricket in the region is settled until 2019, in addition to opportunities for promotion, partnership, knowledge transfer there are significant opportunities available for discussion in regional cricket – the NAGICO Super50, Regional First Class cricket, West Indies Women’s Cricket, Under 19, Under 17 and Under 15 cricket.

By way of example we are pleased to report that we have begun to partner with local stations on a model for the broadcast for regional cricket which we are excited about and which we believe offers opportunities to further enhance skills and broaden the cricket product on television. This partnership was initiated with WinnersTV in St Lucia where the met the production cost and received rights to broadcast within St Lucia and the WICB retained rights to broadcast beyond St Lucia. We look forward to establishing similar arrangements with CBU member stations in each country.

We manage a product which offers incredible opportunities for partnership and mutual benefit.

West Indies cricket does not operate in a vacuum – we cannot afford to. If we took that approach cricket would die a natural death. We must partner with television and the wider media for success. It is a hand and glove relationship and we have to work together to ensure a proper fit.

I wish to leave you with our most exciting venture for regional television since the introduction of live television broadcast in 1989. That is the introduction of the professional First Class cricket system. In addition to what I have previously outlined in terms of how the system will function and what it is hoped it will achieve and engender, it is also the intention to have the matches broadcast live on television so that the regional and Diaspora audiences can view these contests live.

We believe that in this specific area there are opportunities for us to collaborate, both in television and radio to our mutual benefit-for the WICB the live broadcast of regional cricket around the region and bringing it to the homes of fans and for CBU members quality content and a dedicated annual revenue stream.

On this positive note, I conclude and I look forward to your questions and the discussions to follow.